In 1947, one of the world’s most memorable guitarists, Carlos Santana, was born. Beginning in the early ’50s as a performing guitar player in bands in Tijuana, and continuing to this day, Santana’s guitar style — and sound — are legendary. Throughout more than five decades of music, Santana has made his mark on the musical community, and in popular culture. 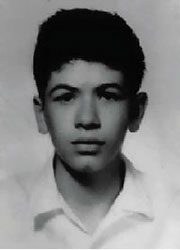 Like many guitar players, Carlos actually started with the violin, reputedly at the tender age of five. Born in Jalisco, Mexico, and later moving with his family to Tijuana, Santana was very early imprinted with the Latin style that has informed his music throughout his career.

His father, Jose Santana, was a Mariachi musician, and probably largely responsible for Carlos’ start as a musician himself. Jose Santana taught his son, Carlos, the violin, and encouraged him to play Mariachi music. However, before his 10th birthday, young Carlos Santana fell under the sway of blues music, preferring the spare, time-honored riffs of B.B. King and Muddy Waters to the traditional Mariachi music espoused by his father.

Since the Santana family had moved to Tijuana by that time, Carlos picked up the guitar and was soon playing with local bands in town. In fact, when the Santanas emigrated to San Francisco in 1961, Carlos actually resisted the move, preferring to stay in Tijuana where he was a working musician. However, he finally did join his family, and it was, indeed, a fateful move.

Those initial years in Mexico, and under the tutelage of his father, were doubtless integral in the development of the unique melodic sense which is, to this day, the cornerstone of the Carlos Santana sound. Thousands upon thousands of guitar players use the same pentatonic scales that are Santana’s mainstay, yet he manages to imprint them with an identifiable signature.

A Move to San Francisco

When the Santanas moved to the United States, San Francisco was a hotbed of musical creativity. Besides the long-standing blues and jazz scene, psychedelic music was being invented on the spot. The Jefferson Airplane, Big Brother and the Holding Company (who were famous for backing up Janis Joplin), and others, were driving the sounds of a new generation.

It is likely that Carlos Santana was heavily influenced by The Grateful Dead, another local band, who had raised long, extended jams (improvisational music) to an art form. Santana, famous for never playing the same guitar solo twice, obviously took to heart the Dead’s love of improvisation.

Go to Santana,The Band, Is Formed